Mystery Continues to Surround the Murder of Steven Hall

The Government of the Province of Nova Scotia is offering rewards of up to $150,000 for information leading to the arrest and conviction of the person(s) responsible for the murder

Chester, Nova Scotia - On April 27, 1996, Kelly Weisner dropped her brother off at a gas station in the Chester Basin, N.S. area. She would be the last family member to see Steven Hall alive, and over two decades later, his murder remains unsolved.

"I pulled up and he got out of the car, looked in and said, 'See you later sis,' shut the door, I looked in my rearview mirror, and that was the last I saw of him," she recalls of the last time she saw her brother.

Steven Hall disappeared on Saturday, April 27, 1996. He left his parent's home in Seffernville, Lunenburg County, around 10:30 AM. Mr. Hall paid a bill at the Ultramar in Chester Basin. While at the service station, Mr. Hall was seen having a brief conversation with a person in a vehicle at the gas pumps. Mr. Hall last seen hitchhiking on Highway #3 towards Chester.

Weisner, who was 18 at the time, says Hall told her he was planning to hitchhike to his girlfriend's home in Chester, N.S. which wasn't unusual for the 21-year-old.

"A couple of days later got a phone call from his girlfriend, asking if we had seen or spoken to him, and that's when it started cluing in to us that something's not right," she says. "You always heard from Steven. You always knew where he was, he was always calling, bugging somebody for something or a ride."

The family contacted police, who searched the area, handed out flyers and put up posters.

Hall's body was discovered on November 23, 1996, in a wooded area on the Hogg Lot Road, which is off Highway #14, approximately 13 kms North of the Chester area. This was seven months after his disappearance. It was determined that he died of unnatural causes. An extensive investigation ensued, however, no criminal charges have been laid.

Although this investigation remains unsolved, it is still ongoing.

Anyone with information about Hall's case is asked to contact the RCMP or the Rewards for Major Unsolved Crimes Program at 1-888-710-9090.

$150,000 is being offered for information leading to the arrest and conviction of the person(s) responsible for the murder of Steven Michael Hall.

Any update on this case, please contact us at fileupdate@unsolvedcasefiles.ca (File # 104200178).

GET THE WORD OUT

The bizarre case of Helen Doe, an unidentified car crash victim from 1991. Who is Helen Doe and is she part of the epidemic of Missing and Murdered Indigenous women?

I live in a small with some unsolved cases... Cold cases. Spreading the word can still save someone's life.

Hi there, I've grown up and lived in south okanagan for many years, I also remember in the North okanagan a young man associated with a VW car ,maybe selling it? Went missing, north of Vernon. The okanagan is a nice place but it attracts many criminal types.

My kids father has gone missing for over a year. We have two children together. It isn't like him to not show up for the kids. His car was found abandoned. His car on and door open in Cheekeye. The police did not search for him then but took his car cause the keys were in it anx it was still running with him no where in sight. His name is Daniel Lee Reoch and he would be 30 now and turning 31 this year in March. He was declared missing January 7th I believe. I just want to put his story out there in hopes we can find some answers. SAR and RCMP and also family friends and the community did a ground search but it snowed so hard.

Evelyn Cook case will forever haunt Alberta. Someone out there knows something...it's never too late to come forward!

So sad that still there is no updates on Mary Hammond!! Missing since 80s from Brantford, Ont.

Any information about Angie Hartmann? Angela a high school student has been missing since 1983 from Ottawa. There seems to be very little information available in this case. All I could find is an Ottawa Sun article from 2003, basically the only contact anyone has had with someone involved with Angela is a boyfriend she had briefly in early 1983 in Germany, who gave what information he had to the Doe Network.

It is unbelievable how many unsolved murders in Canada, especially in northern BC. May all R.I.P. They will never be forgotten.

I hope many of these cases will be solved. Families want justice or closure.

My nephew has been missing for 12 years now but we have never given up. We are hoping and hoping!!

I sometimes think that some unsolved cases are not really unsolved. They have been solved but no enough evidence to convict the perpetrator.

We lost our lovely daughter. Disappeared mysteriously 14 years ago in Calgary. She was 11 years old. This case is still unsolved today. Please keep the word out. We hope that she is somewhere... Alive! 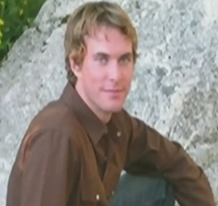 The Government of the Province of Nova Scotia is offering rewards of up to $150,000 for information leading to the arrest and conviction of the person(s) responsible for the murder of Jonathan Reader.

At approximately 04:10 am on August 7, 2005 Jonathan Reader was found lying in the roadway at the intersection of Radcliffe Drive and Dunbrack Street in Halifax. 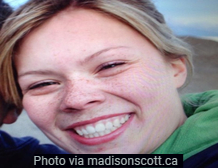 Mysterious Disappearance of Madison (Maddy) Scott
Vanderhoof, British Columbia May 28, 2011
Feature ends in: On May 28, 2011, Madison (Maddy) Scott went missing after a birthday party at Hogsback Lake, 25 miles (40 km) southeast of Vanderhoof, British Columbia. She planned to spend the night camping with a friend, but around midnight, a fight broke out between a few men at the party and the friend... 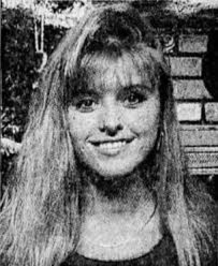 Melanie Carpenter, a 23-year-old woman from Surrey, had received suspicious phone calls from a man feigning interest in a business deal. Later that day, Carpenter was abducted from where she was working alone at a tanning salon in the Fleetwood town centre of Surrey.