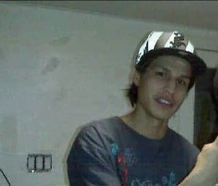 File Number: 104200130
Saskatoon, Saskatchewan: Chelsey Gunn, whose brother Anthony was killed over a decade ago, at her home in Saskatoon on Jan. 21, 2020 said she was eight months pregnant when she woke up at 2 a.m. on a late August, 2010 morning with a feeling of dread - an instinct, she calls it - gnawing at her about her younger brother.
Anthony Gunn should not have been in Saskatoon that night. He was supposed to be out of town for work, painting at a construction project. But he and Chelsey were preparing to move in together and she had needed help with the cable hookup, so he'd returned home a day early and was staying with their mother.
Chelsey called their mother's house to check on him, but no one answered. She tried calling again and again. Eventually, her teen brother answered and said Tony, as he was known to the family, was lying in a pool of blood, moaning.
Chelsey gathered her children and walked over to the home in the 600 block of Avenue M South. Yellow police tape surrounded it.
"That's when I knew, then and there, he was gone," she said.
At some point in the ensuing years, the police investigation into Anthony's death went from being just an "unsolved" case to a "historic" one, joining more than 20 historic homicides or suspicious missing person's cases in the caseload of the Saskatoon Police Service's historical cases section.
Though time has passed, police say these cases are not "cold" - it is still possible for new evidence to emerge and new witnesses to come forward. The cases can still be cracked, even with the passage of months, years or decades.
Anthony Gunn's death was first considered a suspicious death, but police soon upgraded it to a homicide. He was 23. His August 26th death was recorded as Saskatoon's seventh homicide of 2010. No one has been charged.
Chelsey continues to hope that charges will be laid in her brother's case. 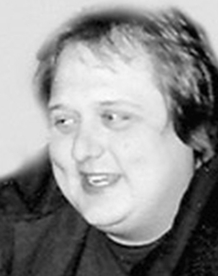 File Number: 104200139
Saskatoon, Saskatchewan: Darren Greschuk lived with her common-law wife, Michelle Sansom, in a small bungalow on a quiet street in Riversdale. He owned a tow-trucking company. He was also a partner in a successful tree removal business. They'd been together since high school and had a son, Dustin.
Michelle Sansom still remembers the sound that changed her life forever.
A crisp, loud bang rang through Saskatoon's Riversdale neighbourhood.
The shot, fired into the darkness on that July night more than a decade ago, sent a shock wave through Sansom's comfortable, middle-class existence.
"At this time we were in the neighbourhood for ten years. We trusted it. We never had any issue. We were pretty comfortable," she recalls.
That domestic bliss was shattered on July 8, 2006.
It had been an unseasonably warm July and the rain that night was a welcome respite. The couple left their front door open to let the cool breeze into the living room. Dustin, who was 10 years old at the time, was sleeping at his grandparents' place. Michelle and Darren ate takeout burgers at the coffee table in the living room, listening to rain fall outside.
When Michelle went to bed first, around 10 p.m., Darren told her to leave the door open. He wanted to keep the refreshing breeze flowing through the house.
The next thing she remembers is waking abruptly to loud noises. She walked out of the bedroom, she says. That's when she first saw a face that would haunt her for years to come.
"It can really tear you apart. You brain is never the same after someone puts a gun to your head," she says.
The man had walked into their house and hit Darren over the head with a handgun. He demanded money, waving the gun and ordering them outside onto their deck.
"He kept demanding money, 'Where is your money?" He thought Darren had money, which he didn't," she says.
Once out on the deck, Darren convinced the man to go back inside the house for the keys to his garage. That's when Michelle ran, leaping off the deck. She squeezed herself between two houses and waited. 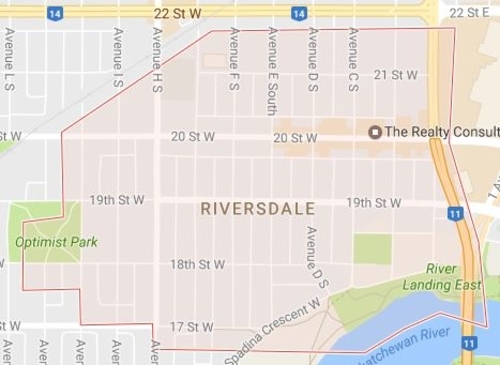 "It was just my instinct to run," she recalls. "I feel so bad to this day that I couldn't get help. I got away, but why couldn't I get help? I was so terrified."
Michelle sat there, huddled in the darkness for what felt like an hour. She threw stones at her neighbour's window, hoping to wake her up, but was afraid to make too much noise. The man who'd broken in said he had other friends coming, and she didn't want them to catch her.
Then the shot came - one of the loudest sounds she had ever heard.
Darren, it was later revealed, had locked the intruder out of the house, but the man apparently shot through the door, sending a bullet into his chest.
Darren died in a hospital bed two weeks later.
Talking to Saskatoon StarPhoenix in 2016, "It's been ten years of trying to block this Guy's face out of my mind," Michelle says of the intruder, who has never been arrested.
She has heard from investigators over that time, but they've given no indication of a break in the case. Through a spokesperson, police confirmed the file is "active."
"I can't believe they haven't made an arrest - I'm telling you that people know. It's as though Darren was nothing to nobody. And he was - so important to all of us," she said.
Greschuk's case is one of 12 unsolved murders over the last decade in Saskatoon. Police say most of the investigations are assigned to detectives and none have been declared 'cold' cases.
Detective Grant Little is in charge of the historical case unit, tasked with investigating old, unsolved crimes, but the seasoned detective also works active files.
He is not in charge of Greschuk's case, but two unsolved homicides from the last 10 years - James Favel and 23-year-old Anthony Gunn - are part of his active investigations.
He said he feels for victim's families who are still waiting for justice.
"There are things going on a regular basis, but unlike TV, it doesn't happen over the commercial break," he said.
Little said every passing year makes a homicide investigation harder to close. Memories fade. Witnesses or suspects die. Detectives retire. Physical evidence deteriorates.
"Where there is a will, there is a way, but the passage of time is a big enemy. It doesn't mean it can't be done, it just means it's harder," he said.
Investigators are hoping someone will come forward or leave a tip to bring closure and a killer to justice.

Any update on this case, please contact us at fileupdate@ucfiles.com

Anyone with tips or information about any unsolved case published on this website is urged to call Crime Stoppers at 1-800-222-8477 or contact the local law enforcement agency investigating the case.